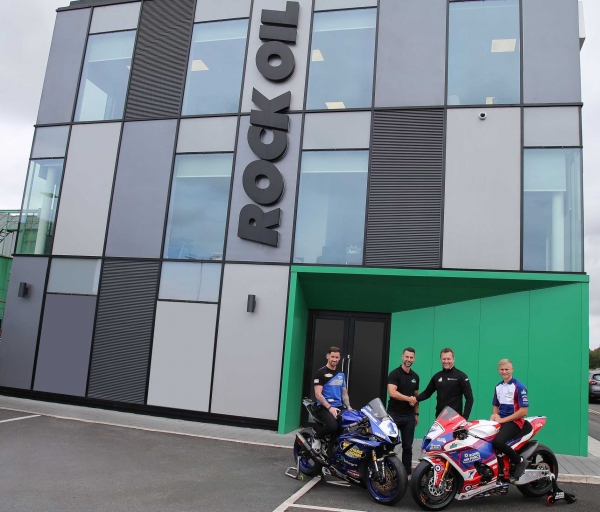 The new agreement will continue to showcase the Rock brand at each BSB event, including a range of branding, experiential, hospitality and marketing rights as well as presenting sponsorship status for the local ‘Rock Oil’ round at Oulton Park in September. With the 2019 Rock Oil round taking place this very weekend it seemed appropriate to announce the extension now as we look forward to a fantastic weekend of racing at the Oulton Park.

Greg Hewitt Managing Director, Rock Oil said: “The BSB championship has grown year on year as has the Rock Oil brand. We've seen customer engagement across the globe from as far away as Australia such is the quality of the offering that Stuart (Higgs) and the MSV team provide. On the track championships have gone to the final round in every season ensuring maximum exposure and quality racing up to the final chequered flag. This year we've already changed the offering slightly expanding the advertising from solely the Rock Oil brand to some of the exciting ranges which we've been working on outside of motorcycling including AGRI-GUARD and TRUCK-GUARD. We're thrilled to extend the partnership and look forward to promoting the best domestic race series globally alongside the rock oil brand

Series Director Stuart Higgs commented: “Bennetts British Superbike Championship Series Director Stuart Higgs commented: “We are delighted to announce a continued partnership with Rock Oil at this weekend’s Oulton Park event. Ahead of the on-track action we visited the facility in Warrington and it is clear to see whythe brand continues to excel in the British manufacturing sector. We have enjoyed a successful partnership with Rock Oil and we look forward to continuing this for a further two years.”