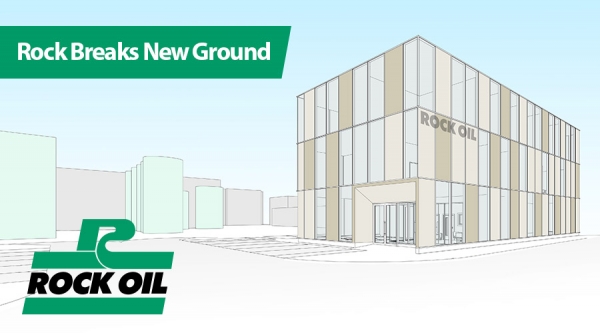 This past week saw the start of a major redevelopment of the company’s manufacturing site in Warrington, Cheshire. Increased global demand for the brand has resulted in the need to expand and to ensure the business can satisfy all future customer requirements. The first phase of the project is a brand new Research & Development centre. This 10,000 square foot building will house one of the finest independent laboratories in the country and staff across technical, sales, marketing and senior management. With over a million pounds worth of technical equipment, the facility will be at the cutting edge of the lubricants industry. The current laboratory already runs 20,000 quality control tests a year and works with major OEM’s, having factory approvals from the likes of Volkswagen and Mercedes Benz to name but two. Rock prides itself on both its quality and diverse range of products and this new facility will only enhance the business’s ability to produce the very finest lubricants possible.

Rock Oil is one of the few remaining blenders of lubricants still manufacturing in the UK and has worked with multiple British and World champions across various motorsport disciplines. Rock Oil is currently the official lubricant partner of the British Superbike Series which is the biggest domestic motorcycle race series in the world.

Current sponsored athletes include Tai Woffinden the current world speedway champion and Dougie Lampkin 12 time World Trial champion. Rock Oil powered the Gearlink Kawasaki of Alistair Seeley when he broke the record for most race wins at this year’s North West 200 and lubricated Ian Hutchinson’s Padgetts Honda record 5 race wins round the famous Isle of Man circuit in 2010. Rock Oil is synonymous with quality and performance and the new R&D centre will ensure they continue to produce the very best lubricants possible for future champions.

The company is rightly proud to be a British manufacturer and has always been based in Warrington since its inception nearly 90 years ago. It is still a family firm albeit one that has nearly 100 employees and exports to nearly 70 countries worldwide.