Changing of the guard at Rock Oil Head Office 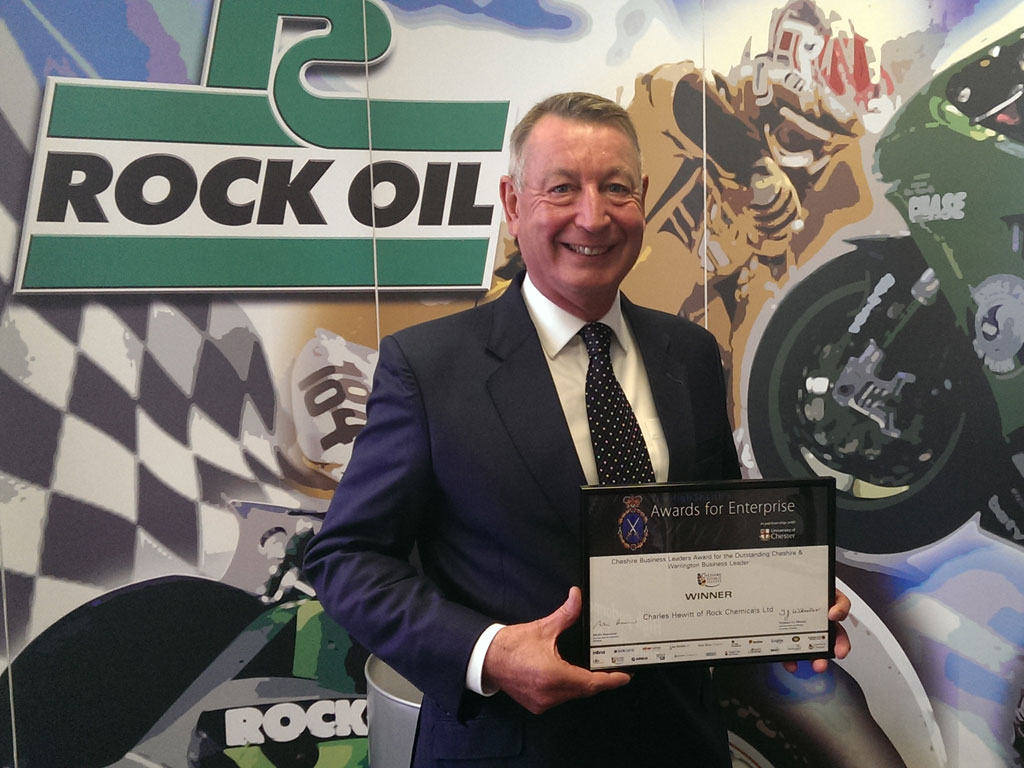 After 25 years as Managing Director of Rock Oil Charles is stepping down from the position and taking up a new role as Chairman. Greg Hewitt will become Managing Director from the 2nd of April and will take over the reins with the company being the strongest it’s ever been. Charles has been instrumental in driving the company to where it is today and has led the company to a record turnover with sales in over 40 countries worldwide.

As Charles prepares to change roles in the business he was delighted to recently receive a prestigious award. He was nominated as business leader of the year by the Cheshire High Sheriff Awards and was surprised to have even been considered for nomination. Having completed 25 years in charge and with the company set to have its most successful year in its long history (85 years last September) it seemed a fitting way to end his tenure as Managing Director when he scooped the award. Charles had the following to say "I am delighted to win such a prestigious award. It recognises the significant impact of creating and leading a unified and talented team and also the worldwide success of brand Rock Oil. It has massive personal poignancy for me, as I step aside from the Managing Directors role - after 25 years. So, a massive thank you to all involved."

Greg has been with the business for 13 years himself and has played a significant role in recent years as the business has gone from strength to strength. Greg’s promotion to Managing Director does not mean Charles is taking a back seat, as his new role as Group Chairman will more than ensure he remains a very active and prominent member of the management team. Both Charles and Greg foresee yet more growth for Rock Oil with greater amounts of re-investment and a bright future for staff and trading partners.